The same means of generating a charge that allows scanning probe microscopes, cigarette lighters, and push-start propane barbecues to function can now be harnessed from viruses.

Researchers at Berkeley Lab have developed a way to generate power using a virus called M13 bacteriophage to convert mechanical energy into electricity.

The technology could one day lead to gadgets like smartphones that harvest energy from everyday movements, such as walking.

The newly created generator is the first to produce electricity by harnessing the piezoelectric properties of a biological material, according to a news release. Piezoelectricity is the accumulation of a charge in a solid in response to mechanical pressure.

The scientists tested their approach by creating a paper-thin generator that produces enough current to operate a small liquid-crystal display. It works by tapping a finger on a postage stamp-sized electrode coated with the engineered viruses. The viruses convert the force of the tap into an electric charge.

“More research is needed, but our work is a promising first step toward the development of personal power generators, actuators for use in nano-devices, and other devices based on viral electronics,” says Seung-Wuk Lee, a faculty scientist in Berkeley Lab’s Physical Biosciences Division and a UC Berkeley associate professor of bioengineering.

The M13 virus is commonly used in bioengineering because it is benign to humans and can replicate by the millions within hours to provide a sufficient supply. The rod-shaped viruses naturally orient themselves into well-ordered films, much the way that chopsticks align themselves in a box.

Lee and his team first tested the virus and ascertained that it is naturally piezoelectric. Next, they boosted the strength of the property by genetically tweaking it, and then stacked 20 films containing single layers of the virus on top of each other for maximum effect. Finally, to test the multi-layered film, they sandwiched it between two gold-plated electrodes, which were connected by wires to a liquid-crystal display, and then tapped on it.

The researchers measured 400 millivolts of potential, which is small yet enough current to flash the number “1” on the display, and about a quarter the voltage of a triple A battery.

“We’re now working on ways to improve on this proof-of-principle demonstration,” says Lee. “Because the tools of biotechnology enable large-scale production of genetically modified viruses, piezoelectric materials based on viruses could offer a simple route to novel microelectronics in the future.” 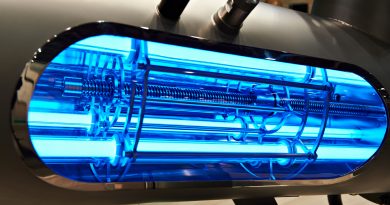 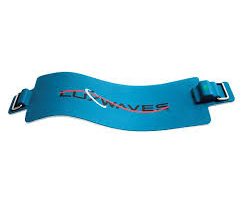 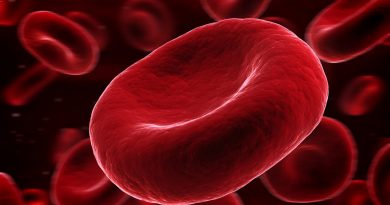